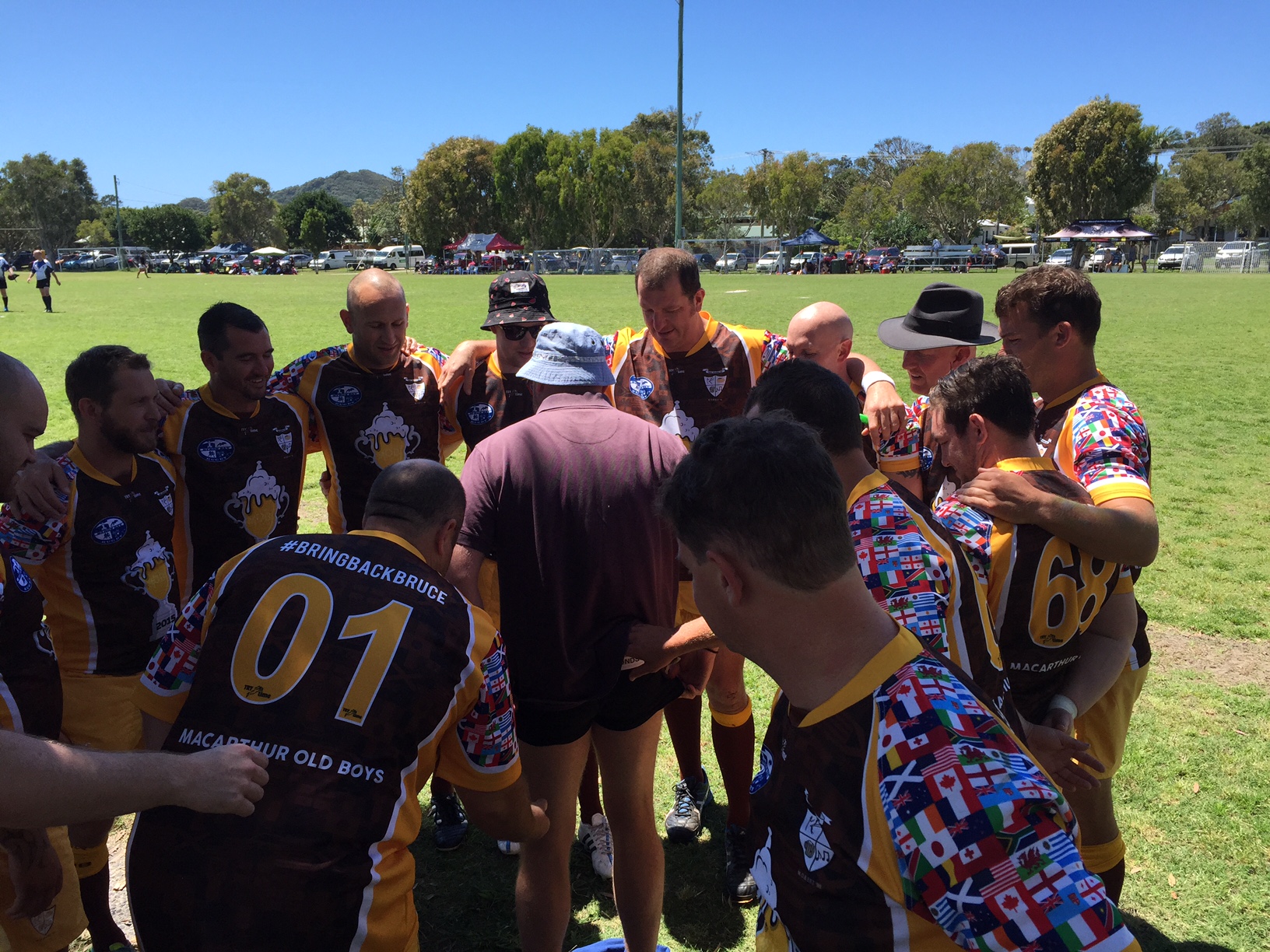 Singing is at the core of any good rugby tour or bus trip, along with other key ingredients including alcohol, nudity, women and maybe even a little rugby.

In preparation for the 2016 Byron Bay Rugby Sevens, we felt it important to provide a refresher on some timeless classic rugby songs.

New and old tourists alike: take note, sing out loud in front of your computer or phone, memorise and rehearse. Some of these require a group, so be sure to get your wife or girlfriend to help you rehearse. We’re sure she’ll be suitably impressed.

Below is a list of rugby songs, but it is by no means definitive, so please comment below or in our Facebook group with other suggestions and we’ll add them in. Some of these are hazy recollections from previous tours. Some lyrics have been dug up from the interweb, including this site.

When the Time of the Month Comes Around

Lulu had a baby,
It was an awful shock
She couldn’t call it Lulu,
‘Cause the bastard had a ………

I took her to the pictures,
We sat down in the stalls,
And every time the lights went out,
She’d grab me by the ………..

Lulu and I went fishing,
In a dainty punt,
And every time she caught a sprat,
She’d stuff up her……..

I wish I were the silver ring,
On Lulu’s dainty hand
Then every time she scratches her arse,
I’d see the promised ………

I wish I were the chamber pot,
Under Lulu’s bed,
Then every time she took a piss,
I’d see her maiden ……….

Lulu had two boy-friends,
Both were very rich
One was the son of a banker,
The other a son-of-a……

Lulu had a boy-friend,
His name was Tommy Tucker,
He took her down the alley,
To see if he could ……

Lulu had a boy-friend,
A funny little chap
Every time they had a bit,
She got a dose of the…

Lulu was a pretty girl,
She had a lot of class,
Mini-skirts she’d wear a lot,
To let her show her…….

Lulu had a boy-friend,
He was very fit,
Working all day on the farm,
His job was shoveling……

Lulu and a boy-friend,
A stunted little runt,
One day they went to have a bit,
And he vanished up her…..

Lulu had a little lamb,
She kept it in a bucket,
Every time the lamb jumped out,
The bulldog used to……

Lulu and I went walking,
We walked along the grass,
She slipped on a banana peel,
And fell down on her…..

Lulu made some porridge,
It was very thick,
Lulu wouldn’t eat it,
But she’d smear it on my……

Lulu had a bicycle,
The seat was very blunt,
Every time she jumps on it
It sticks her in her…..

Lulu had a bicycle,
The seat was very sharp,
Every time she sat on it
It would slip right up her….

Lulu had a boyfriend,
His name was Diamond Dick,
She never saw his diamond,
But she always saw his….

Lulu had a boyfriend,
His name was Michael Hunt,
She like him above the rest,
Because he’d eat her…

Lulu met a fisherman,
Fishing for some bass,
Instead of catching fish that day,
He got a piece of…

Lulu had a turtle,
And Lulu had a duck.
She put them in the bathtub,
To see if they would…

Lulu had a vanity chair,
It was made of glass,
Every time she sat on it,
You could see her…

Lulu had a boyfriend,
His name was Billy Batch,
But Lulu had to break it off,
When it got stuck in her….

A rich girl has a bra,
A poor girl uses string,
But Lulu uses neither,
She lets the buggers…

A rich girl has a ring of gold,
A poor girl one of brass,
The only ring that Lulu has,
Is the one around her…

A rich girl uses Kotex,
A poor girl a sheet,
Lulu uses nothing at all,
It dribbles in the…

Lulu had a job,
But then she had to quit,
‘Cause every time she turned around,
The boss would grab her…

The Twelve Days of Rugby

(To the tune of The Twelve Days of Christmas. Obscene actions go with each verse.)

The Days of the Week