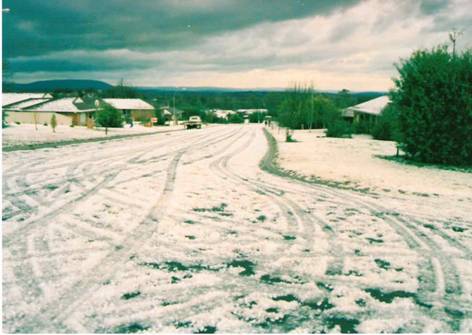 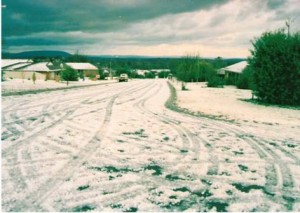 Apparently it was cold in Armidale

Chapter 2 in the MOB saga, following on from debut MOB Chronicles Volume 1.

We turn our attention to 1996, a year when France halts Nuclear testing in Pacific, divers in Egypt discover the ancient port of Alexandria, the US eases sanctions against Cuba, and MOB travels to Armidale…

In 1996 the mighty U.W.S. Macarthur hit the road for a very cold week in Armidale. Highlights included the bus trip, the second best nude run I have witnessed (Diesel), a tour and all that it entails, Macarthur’s first flirtation with caravans, (the backpackers is making a lot of sense) and UWS Macarthur rugby first time meeting with Rugby League.
This bus trip was a shared coach with the other sports teams so was not the best bus trip, rather a tame affair, alas, key chance to bond and prime the most unlikely of nude run heroes in Diesel. Short, rotund, balding (President of the Goonie club at UWS) and a Friar Tuck haircut in a rust red tone. All week he denied the requests (repeated) to complete a nude run, but, with plenty of dutch courage in some country night club, Diesel decided it was time and started undressing on the dance floor, Macarthur gathered and formed a perfect human shield, to allow Diesel his dressing room comforts. Sure enough security came over and spoke to the fledging MOB members about having drinks on the dance floor, without breaking rank the offending drinks were removed all the while the white knuckles, our body height and Diesels lack of meant that we could soon split and watch the Diesel toot toot his way around the club. Away he went giggles everywhere, chased by security he made it to the stalls in the men’s bathroom were the clothes and the rugby team joined Diesel in some great negotiations with the security, from memory he stayed in the club.

Sadly, this recollection probably comes in as the highlight for the rugby team from memory, I do not recall any victories although I am vaguely remembering a clash with UTS I do however, recall that we played the Australian College of Physical Education (ACPE). They had a recent Parramatta Eels firstgrader in the team a fellow by the name of Nathan Barnes. Needless to say he could tackle, and this was felt most assuredly by the indomitable and durable outside back Simon James (Punchy). As Nathan Barnes was never heard of again one can only assume that Punchy came away from it better.

MOB tourists who debuted in 1996
Darren Monte (06), Dean Hogden (07), Phil Cartwright (08), Justin Mulchahy (10),
Armidale…..The start of something magical. The Mac Moose hits the road and the seeds for MOB were sown.

1996 saw UWS Macarthur play away from the hallowed home fields of East Hills and the Milperra Campus. For all the boys involved, it was their first university tour. We had qualified for the Nationals in Darwin, finishing 4th overall in 1995, but were unable to put a team together to tour. The University of New England, in Armidale, hosted the 1996 Eastern Conference Games, with a decent sized squad filling several coaches for the trip there. 1996 was a season of firsts, as not only were we away for our first tour, but it was also the first time the rugby side sported the pale blue, green and white as opposed to the poo and wee.

The tournament will be remembered more for the off field antics than our on field magic and below are some of my tour highlights:

– Punchy sleeping on an icy island. Yep, Punchy managed to find the only island in all of Armidale, walking on to it. Sadly he couldn’t find the secret route off and slept on it, waking up covering in frost. Amusingly, it turned out that Punchy was so drunk, he’d slept on a bend on a creek and due to his heavy inebriation, must have kept wandering to the same section of creek before giving up and sleeping on the “island”.

– Our first game. Early morning. Everyone wearing layers under the jerseys. The fog enshrouding the field so from half way, ready to chase the kick off, we couldn’t see the goal posts at either end of the field. I also recall Justin “Mullos” Mulcahy telling me to follow him around after a head clash off the kick off left me pretty dazed and clueless about what was going on. No “concussion tests” back then. Just toughen up buttercup.

– Philthy’s trip to the hospital. I and a few others had the good fortune to caravan with Phillip “Philthy” Cartwright. Philthy was a tough guy on the field, and I think most of were certain with an extra 30 kgs in weight and 30cms in height he’d likely have got a run with the Tahs. Suffice to say Philthy received some impressive rucking on his legs on Day 1, and due to a general lack of clean blood in his alcohol stream found him hospitalised and enjoying a warm bed and pretty nurses due to an infection. The team popped in and dropped him off a six-pack to stop them cleaning him up too much.

– Diesel’s Invisible Dance-floor Outfit. Diesel, a short stunt-double for Barney Gumble from the Simpsons, had been gee-ed up for a nude run all tour, and on the final night, finally disrobed within a Mac Moose circle and proudly strutted around the club before being chased by security up stairs and locking himself in a stall. Several of us collected his clothes and lobbed them over security while others calmed security. Incredibly, Diesel wasn’t thrown out.

– The Borrowed Sign. It was a big night for Diesel, joining Deano and Punchy, “borrowing” a huge for sale sign that was outside the local church and deciding to carry it back to the caravan park. That is until the local constabulary drove by while they walked down the road. When the boys in blue did a u-turn to come back and check what was happening, Diesel was left with the sign, while both Punchy and Deano scattered. Punchy was caught as well losing his glasses jumping over a fence but Deano did successfully escape, albeit, sporting a ripped shirt and a bit of claret running into a barbed wire fence.

– Vandy vs Aaron vs beer. After 3 days, and continual challenging from Aaron, Vandy finally agreed to the legendary schooner necking competition at the Armidale Bowling Club. 3 rounds of time defying beer consumption, with 2 wins and a draw, seeing Vandy emerge champion. It was this sort of talent that created a legacy of amazing boat race anchors through future tournaments, humbling many a opposition.

– Bower Birds. The team were prone to collecting things. First all the heaters from the men’s soccer team’s vans, allowing the rugby boys able to sit comfortably in minimal attire while the soccer boys froze. Even more amusingly, was the collection of every pool ball at 3 different venues. The tour manager, Gabby, did the rounds of the team caravans asking if we were aware of any “borrowing”, to discover that that the boys had gone to bed with close to 50 pool balls. The gig was up when one of the guys rolled over in bed, denying the “borrowing”, and half a dozen balls fell on the floor and rolled across to his accuser. Lastly, the attempt to “borrow” the UNE entry sign, with the bus stopping, guys on shoulders with shifting spanners, unbolting it from its poles. Sadly, campus security discovered the activity and the team kindly put the sign back up.

Our performances on the field struggled due to us taking up a squad of 16, with Phillthy being injured early and us being helped out by one of the basketball guys, Mark Berryman. For many of the guys it would be the final tour incredibly, though they missed out on the future tours, they kept that link with the Mac Moose and jumping at the opportunity of being part of MOB. Sadly, we didn’t qualify for Nationals in Canberra, but the rugby team was well represented in other teams.

The tour to Armidale set up for the magic of Bathurst and an incredible 3 years of rugby touring magic. It also resulted in the university rethinking the tour kit as the dark green and black sloppy joes really didn’t cut the mustard.